Fumbling around in the mountains.

To say I have been neglecting my own website is an understatement. The past few weeks I have had nothing but a brain filled with trout amongst a stack of magazine articles that I had been putting off for reasons unknown. I guess it’s just one of times when you need a little break from it all.

Despite my lack of morale, it has been the time to target trout and so, along with some friends have been making our way into the Alps in search of these majestic fish as they begin to head up stream for their annual spawning run. Now don’t get me wrong, I know I am a little premature fishing before the heavens open up but while the rivers are low, there are still plenty of small stream trout to be caught.

In saying that, it is only weeks away until the rains fall and the rivers fill, that’s when the fun really begins.

As a kid, I was brought up trout fishing both locally and around the township of Eildon in Victoria’s high country. Wading small streams flicking lures has been a loved past time and today I continue to explore rivers in these beautiful locations.

While my explorations are about catching a wild trophy trout, the latest adventures have been about stream trout, that is until the rains fall and fill the rivers.

Two weeks ago we ventured to Big River, south of Lake Eildon. Of course, there is no easy way in so the Jeep Compass was packed with all the necessities and off we headed. Up fire access tracks, around boulder lined roads and through heavily forested areas where the river calves its way through some of Victoria’s finest country.

Once we arrived, the river was low and easy to wade. In a few weeks after the river rises, wading will be challenging but for the time being we had the opportunity to work some clean and clear rapids and deep pools. What surprised me the most was that the fishing was tough. We saw plenty of fish, had plenty of nice fish follow both lure and fly but wouldn’t hook up. Maybe the water temperature was still to warm for them to aggressively feed, who knows, but at least I’m out in the wide open air…

One thing I have found is that most of the fish in these smaller streams haven’t responded to lures in the 70mm sizes while the smaller 50mm models in the same colour have had more inquiries. Once again, is it the water temp that has them more lethargic than during the winter period? A question I am often asking myself.

Last week we decided to head to the Goulburn River for another session. With the river running at 1000 meg, it was a good chance at wading parts of the river that don’t often get a lot of attention.

Our first stop was along Breakaway Road in which we worked both sides of the road bridge, not a fish was spotted which is very uninspiring. A quick drive up the road to the Goulburn Valley Road Bridge and after a 2km hike we came to a stretch in the river that looked like something out of a New Zealand fly fishing video. A crystal clear run with shallow rapids, above the turmoil of turbulent water was a calm but shallow running pool.  Insects hovering and splashing on the waters surface while trout were leaping out trying to engulf them. Surely this was the place to land a few. Nope, even when selecting lures that “Matched the hatch” they still wouldn’t take them but I guess, that’s fishing no matter how experienced you are. This situation has been nothing but frustrating as even with years of experience sometimes you just cant make a fish feed, no matter how tempting the bait.  I have no direct answer to this and while some might jump at the chance to voice their opinion and bag an angler in this situation with comments such as “your a hopeless angler”, I think they best get off the couch and go fishing for themselves rather than being a keyboard hero, I’m just telling it like it is.

From the Goulburn, we headed to the Rubicon River and gave it a shot, firing off flies and Yo-Zuri Pins minnows left right and centre, again without an inkling that the river even held fish. Our last cast was made in the Stephenson River, just shy of Marysville and while the River itself was in pristine condition, it did lack fish.

Despite the frustration one thing is for sure, next week is another week and I will be out there again exploring the rivers which will produce fish in due course.  Until then, enjoy the nature images until the fish decide to bite. 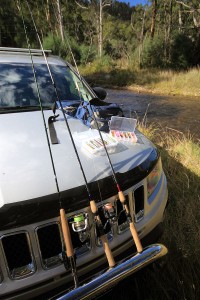 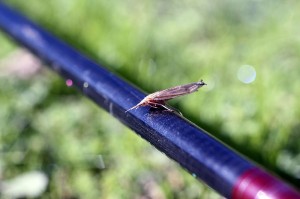 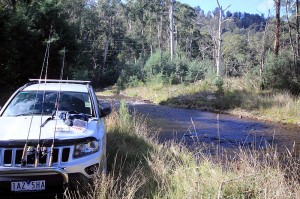